We have just returned from a trip to Shenzhen China, to finish up a project we have been working on for the past year. So I thought it would be nice to share some of our experiences with you! And maybe give some tips and tricks if you have a Chinese project coming up. 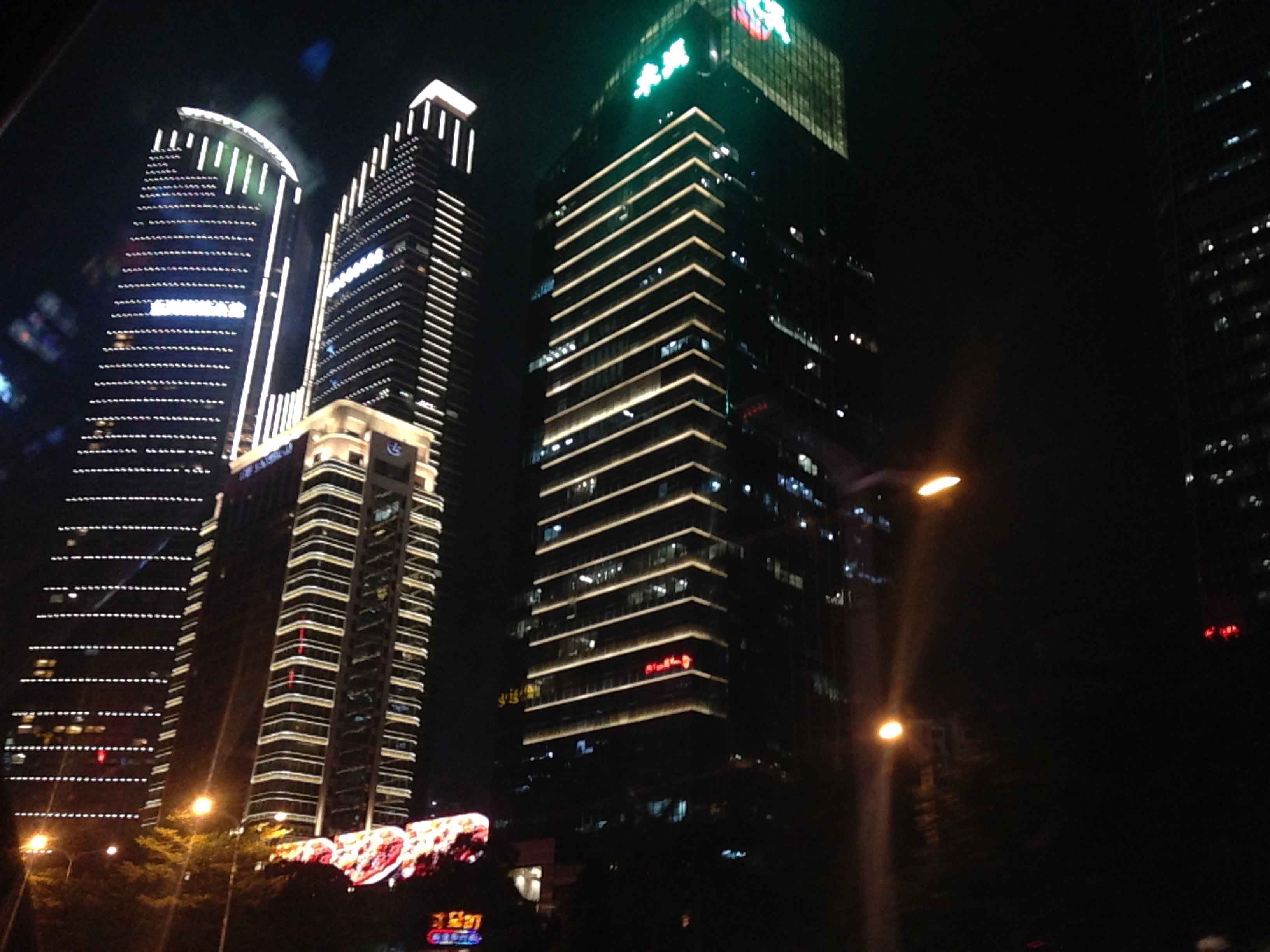 First off: the food is amazing! Nothing like the stuff you get when you go to a Chinese restaurant in The Netherlands. Eating is a very communal experience, everybody gets to try everything. The experience starts with ordering, which is always a long hectic discussion with the waiter (sometimes 1 or 2 other waiters will get into the mix as well). All dishes are ordered at once and they are served out when ready. So you start eating the moment the first dish arrives and each time a new dish arrives you are re-arranging all the other stuff on the table to make place for it. Which is pretty funny because you're like: "oh yeah, we also ordered that thing!" Until your table looks like this: 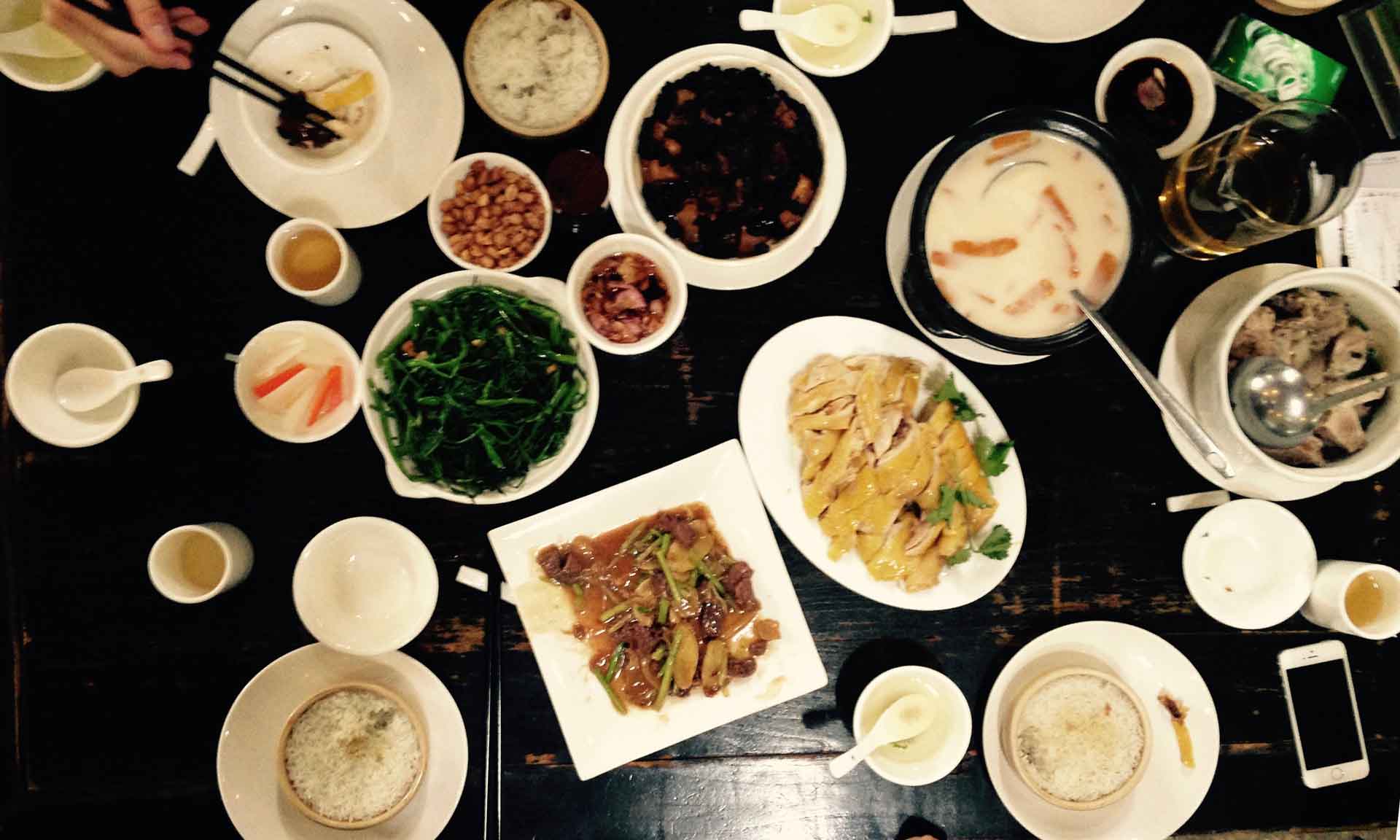 A sort of continuous delivery model, but then for restaurants :) As for table manners and how to use your cutlery: basically anything goes. We'd usually get a bowl, a cup, a plate, a spoon and chopsticks and ask our hosts which item is used for what. Their response would always be: it doesn't matter, you can do what you like. Use the cup for rice, the bowl for leftovers and the plate for other items, or do it entirely the other way around, it's all fine. 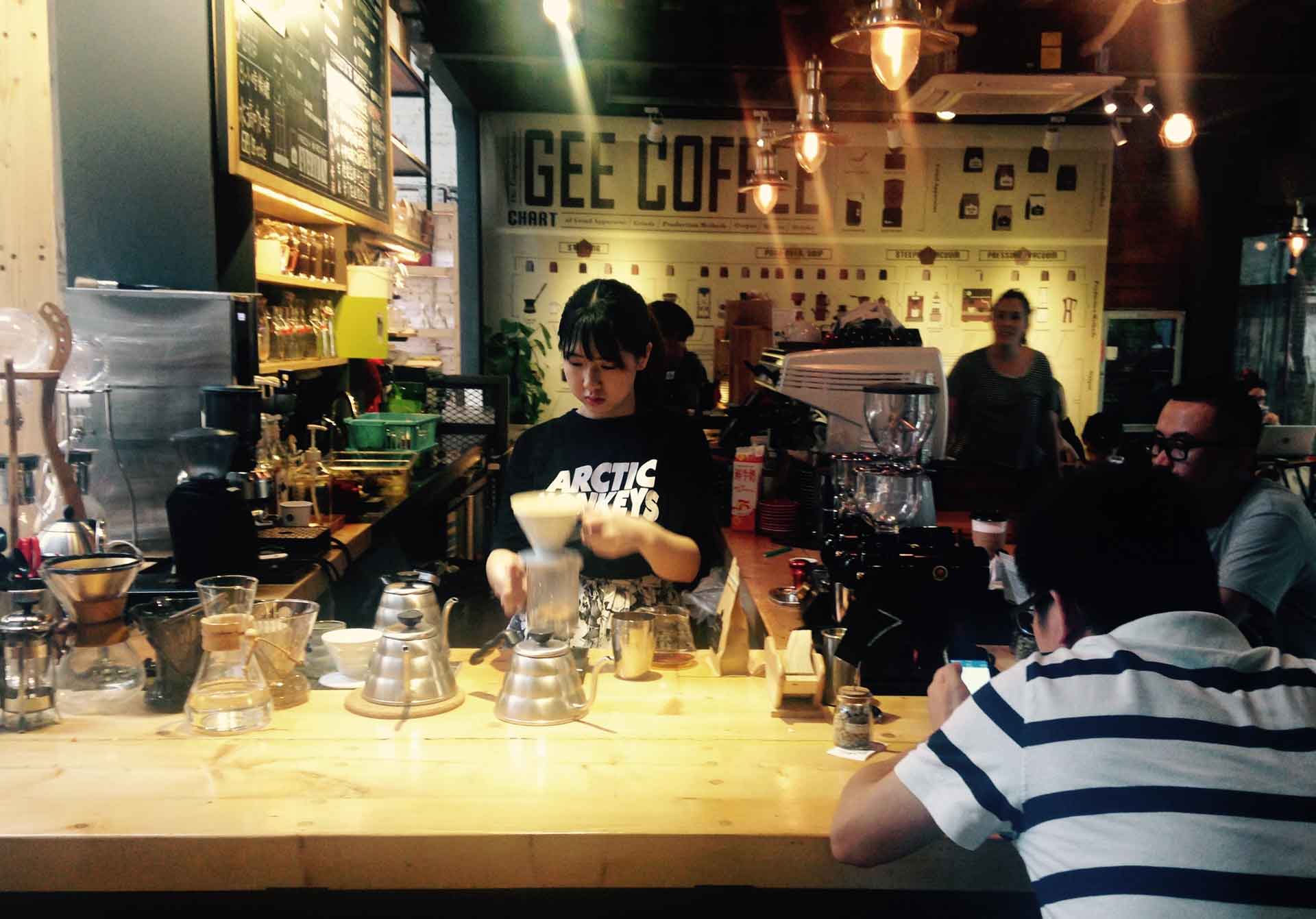 Another thing that surprised me was the lack of culture shock I experienced. We were working in Shenzhen, which is a huge city (population 14 mln and growing) and the area we were in felt like a combination of Amsterdam Noord and Tokyo. With refurbished factory buildings housing art galeries and hipster coffee joints all over the place. 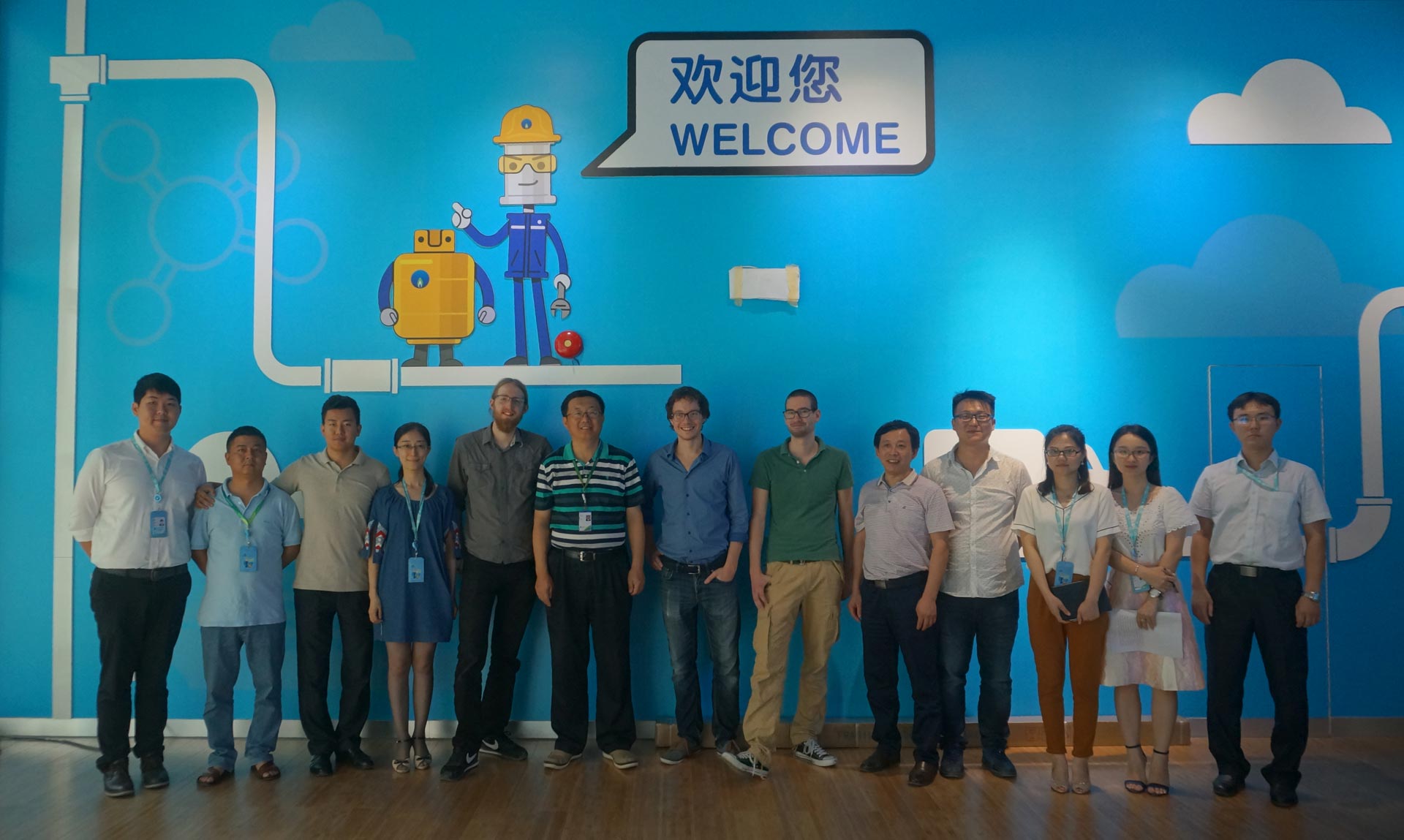 So about the actual work, one important thing is: be ready for anything. You can have the best laid plans, but the reality of life over there is sometimes things happen that you don't have control over and they mess up your plans. Another way to put it is: "This Is China" or T.I.C. as our contact used to say. That's exactly how it is and you just need to deal with it. So it is a good thing to develop a keen sense for when to roll with the punches and when to put your foot down. 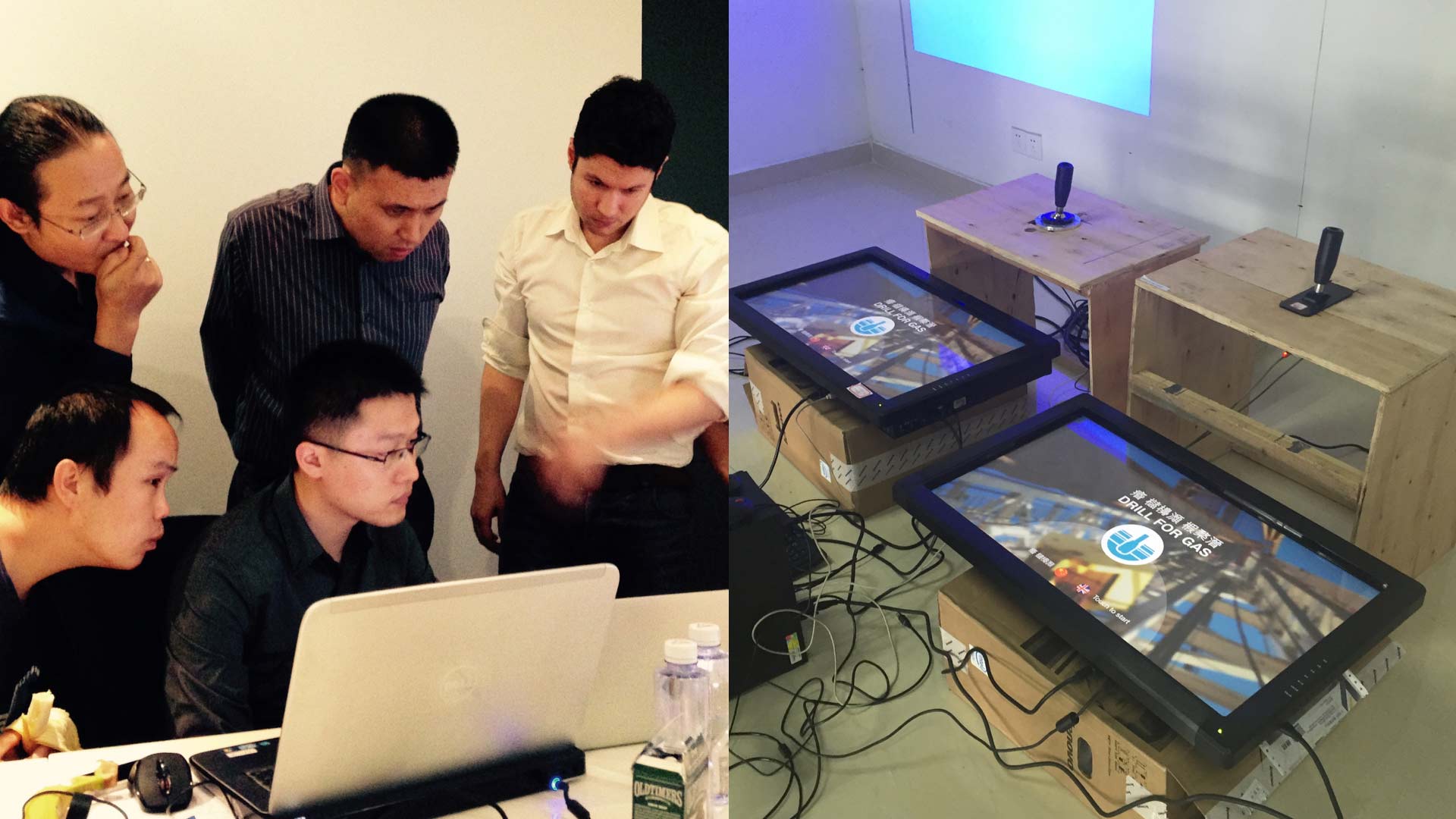 One of the trickier parts in our line of work is hardware-software integration: getting all of the sensors, projectors, I/O-boards, PC's etc. working together smoothly with all of the custom software we build. It's one thing making this work when our hardware partner is an hour's drive away, but it's a whole different thing when they're on the other side of the planet. So we have put a great deal of effort into getting this right. Making extensive hardware diagrams and spec-lists, constantly checking if they were followed up and dedicating one entire visit to this early on in the project to work together with the hardware supplier on prototyping the entire exhibition. 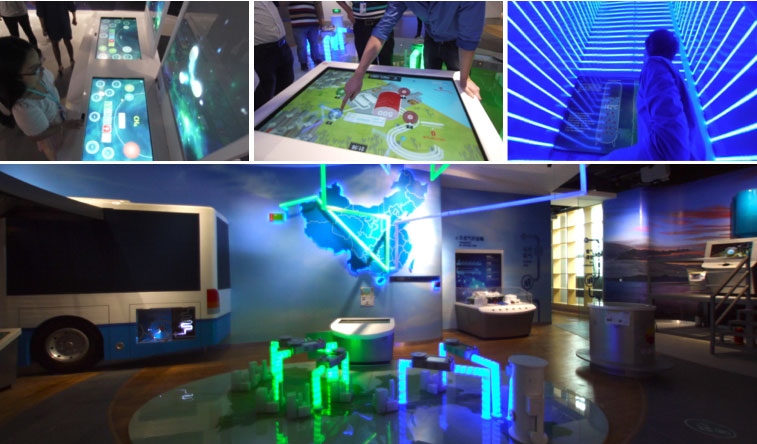 Lastly I can say that when you are working in China: make sure you have a native Chinese speaking person on your team. This makes all the difference during work visits and eases communication considerably. Also during the rest of the project it improves your work flow and reduces mistakes (we had a quit pop-up saying "Do you want to quit smoking?" in Chinese, until our guy went through all the exhibits). 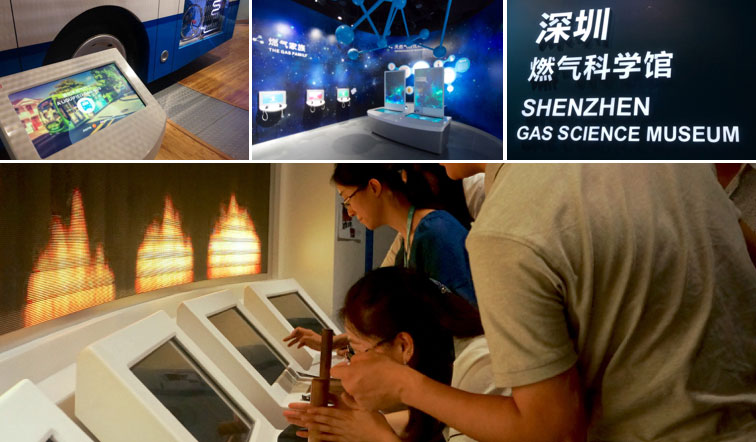 Concluding: doing this project in China was a blast! There have been bumps on the road, but not considerably more than in other projects. The people we were working with over there knew what they were doing and were just as committed to getting awesome results as we were. We had some pretty long workdays over there, but nothing a beer and some great Chinese food at the end of the day couldn't fix :)